New name and other news

Hello seekers! I notice that I haven’t written here for more than a year. I still do try to keep the gigs and releases up to date on the site. In this post I will share various updates about things that have come and things that are coming.

About 2 years ago I wrote about some upcoming collaborations. Actually, I already have plans for collaborations with +7 artists, some of these collabs being nearly finished, while some others are still being discussed. Some of these have been in development for a few years already. I apologize to the collaborators for the slow pace, you haven’t been forgotten!

This May I returned my Bachelor’s thesis and I’m now officially a Bachelor of Culture and Arts (specializing in sound design and film editing). I’m still in the process of getting myself deeper into the professional field, but having the thesis and studies out of the way finally also means that I now have a bit more time and focus for music activities as well.

So, first up I have a, yet untitled, EP planned for Ydinväki. The soundscape of the EP will be electroacoustic/ritual folk in nature and each track will be a collaboration with a different musician (singer and/or composer). I have already put snippets of 2 of the tracks out there.

The first one is Wisdom Keepers of Fire, which is a collaboration with the Scottish singer/composer Ari Aurelia. I couldn’t resist playing a yet unfinished version of it at our Ratikkacore party in May. Here is a recording of the mix (the track starts at around 35 minutes):

The second track, Itkuvirsi Luonnolle (=A Lament for Nature), was made in collaboration with Susi Kankare, who sings Karelian style laments (itkuvirsi in Finnish). Here is an unmastered preview of it:

+ A video version with translation: https://www.instagram.com/p/CfwBllEDC86

A few more tracks are still under development for the EP.

I’ve also been working on some more synthetic/cosmic sounding collaborations and these would perhaps come on another EP, as I’ve also been asked to do an EP, which is more in that style.

The new releases will be under a new, slightly changed, artist alias: Teknojta. I’ve been thinking about this for a while and, well, it’s already been 10 years since the last time I changed my alias, so I guess it’s about time as it has also become almost kind of a tradition.

For these past +10 years that I’ve done electroacoustic ritual folk influenced hardcore techno, or “shamancore”, I’ve noticed that the morphic resonance, or the zeitgeist, around the world has attracted more and more artists into these kinds of sound experiments. Each with their own style. And it still feels good and meaningful to continue and go deeper on this path, because there is so much to explore and I feel that my solo project, as well as Hiiden Virren Vinguttajat, are still doing our own thing and sound.

However, I feel that it’s time to transform the name Teknoaidi into something that is also more deeply rooted to my core. As some of you might know, the name is a mixture of the words tekno and noaidi. Noaidi is Northern Sámi language and means a shaman/a wiseman/a seer. The Sámi are indigenous people of the cultural area in Northern/Eastern Europe that is known as Sápmi. Their languages, like Finnish, are a part of the Finno-Ugric language family. A Finnish equivalent for the word noaidi would be noita and it also translates to witch. Nojta is a Proto-Finnish-Sámi reconstruction of it.

+10 years ago when I came up with the name Teknoaidi I had a lot of appreciation for the Sámi cultures, their way of nature consciousness and the fact that the languages are very rich in describing the nature. And I still do, but I also want to make it more clear, in case of misunderstandings, that I’m not a Sámi myself nor do I portray myself as one. Although the language itself is not closed afaik, the word itself might carry some associations. I didn’t think much about this back then and the name kinda stuck. My music is often a fusion of many styles and influences, some more local and some more distant. In the past I would also sample all kinds of stuff more, but now I’m more into a DIY work ethic and I want the music to have both consent from all involved and things not to be taken out of context, so that the intention of the music aligns with the musicians. This work ethic is also both more challenging and interesting for me. Sámi culture and their traditional folk music are a bit more closed than some others, so I want to respect that and I also hope that some day I can do a proper collaboration with a Sámi joik singer. So yeah, if there are any joik singing Sámi hardcore heads out there, hit me up..

There are also other things in some of the past releases, which I would probably do differently now, but I don’t believe in canceling the past and I see them as reflections of those times and working with the tools, skills and knowledge that I had back then. The past is a stepping stone and there to remind you how you’ve evolved into the present moment.

I have already started this name transformation process on some social media sites, but obviously transforming things like this domain etc. is gonna take a while longer.

In March I started a new YouTube channel called Electric Byway. It’s kind of my outlet for music related discussion, especially the type that’s high in energy and creativity, but mostly less known by corporate electronic music media. It’s also a good excuse just to have unformal face-to-face conversations with interesting artists usually separated by distance and budgets. It continues in the same spirit as some of the articles and interviews that I did for Bass Distortion Zine or The HARD DATA. The channel already has webcam and live interviews with a few core artists from Kyrgyzstan, Brazil and Kenya/Uganda. I also intend to upload shorter videos (“mini documentaries”) about various topics. 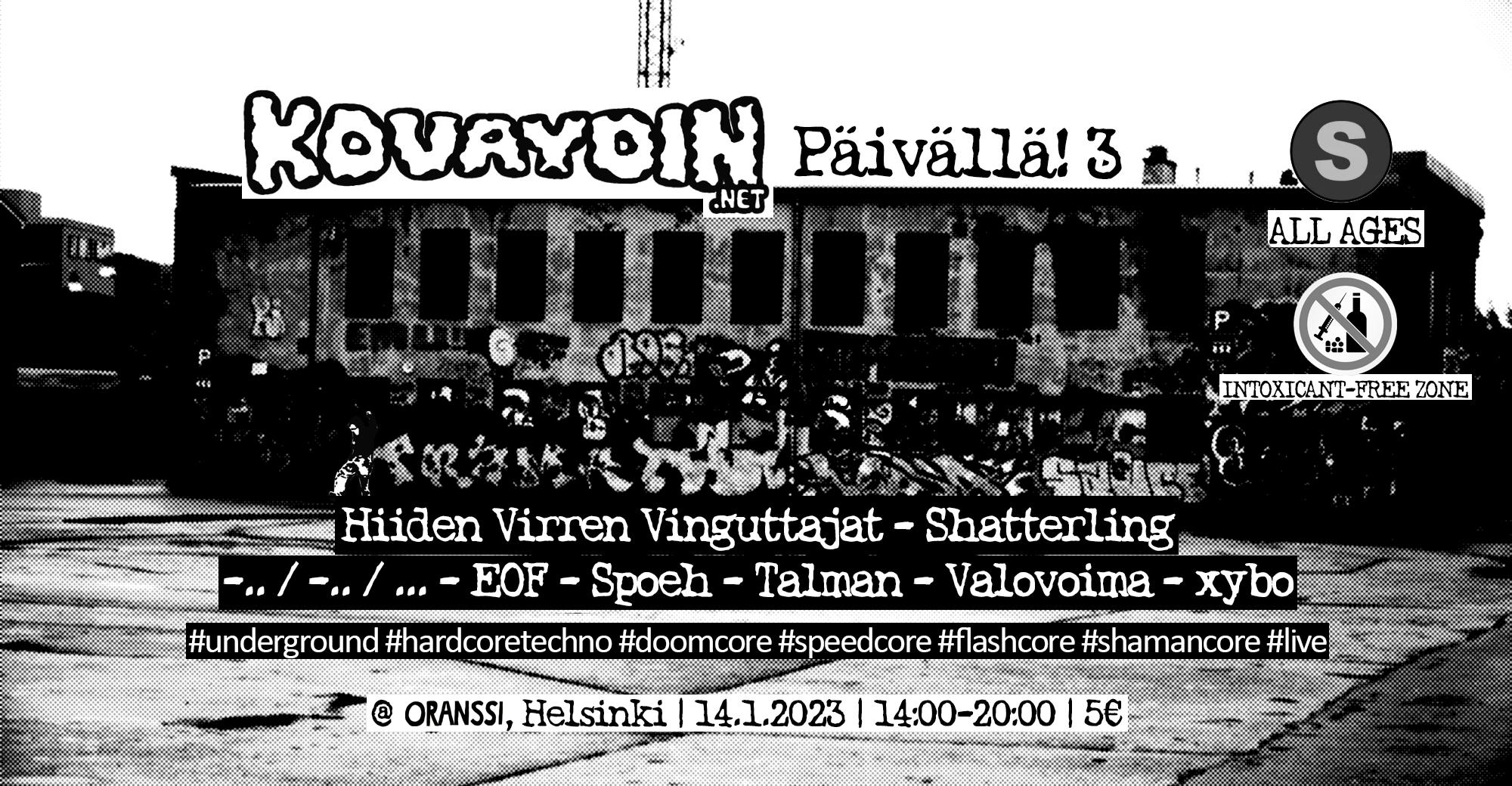